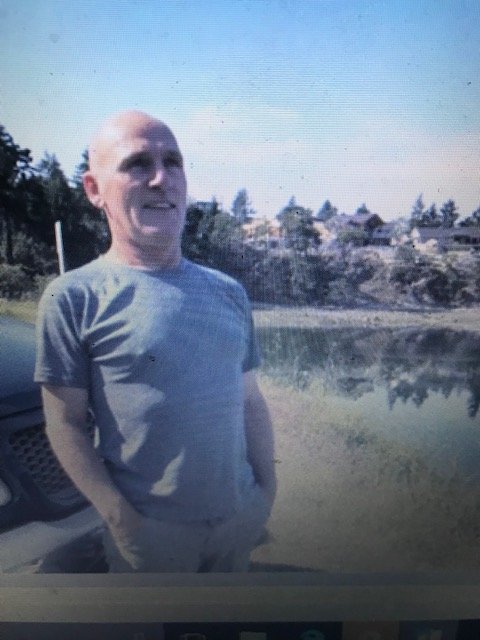 Please share a memory of John to include in a keepsake book for family and friends.
View Tribute Book

John McGrath passed away at the age of 58 at home, in Parksville, British Columbia. Born in Point Verde to Bernadette Greene and Patrick McGrath, John enjoyed his early life hunting and fishing around Placentia Bay with family and friends. At the age of eighteen, John moved out west to the Yukon. He later moved to British Columbia and started a family of his own, having two daughters, Emma and Hannah McGrath. John was a loving son, father and sibling and was well-known in his community as being light-hearted yet hard-working. Predeceased by his father Patrick and loving sister Christine McGrath. Leaving to mourn his daughters: Emma and Hannah, mother Bernadette, sisters: Mary (Pius), Cathy (Jerome), brothers: Eugene (Donna), Gary (Cynthia), Kenneth (Shawnalee) and Ross (Stacy) and a large circle of family and friends. Visitation will take place at Coombs Funeral Home, Placentia on August 10th, Saturday from 12:00-3:00, service will follow immediatly after at Coombs Memorial Chapel, inurnment to take place in Coombs Memorial Cemetery, Southeast.. In lieu of flowers donation can be made to the Mental Health Association or a charity of choice

Share Your Memory of
John
Upload Your Memory View All Memories
Be the first to upload a memory!
Share A Memory