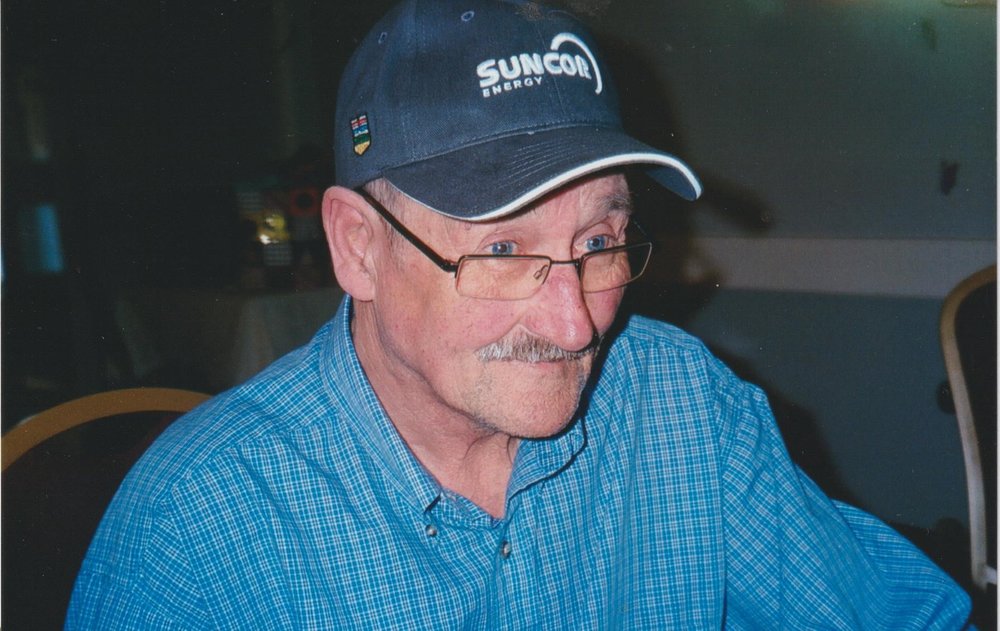 Please share a memory of Brian (Teddy) to include in a keepsake book for family and friends.
View Tribute Book

Ted was born and raised in Ship Cove, on the Cape Shore.
During his youth, Ted loved to hunt and fish the shore. It wasn’t strange to see him walking through the cove with some ducks on his shoulder and a couple of braces of rabbits.
Ted’s dad passed away in ‘69 and, being the oldest, Ted mostly became the provider for the family.  Ted married his childhood sweetheart, Ida, in 1970 and the family moved to Stephenville.It wasn’t easy to leave the shore but he needed to provide for a growing family.
In 1979, Ted and his family moved again, this time out west to Alberta.
Ted made a life for himself and his family in Fort McMurray and stayed there for over 33 years. He continued his hunting and fishing ways out there.He played darts. He loved the
bi-annual dart competitions and attended no matter where in the province they were held.
He loved his apple trees in  his yard and spent much time nurturing them.
One of the highlights of his time out west was going on an Alaskan cruise with Ida. He was proud of their trip and often spoke fondly of it.  Ted worked for North American
Construction for 27 years as an equipment operator, foreman and union steward and loved his time there. Ted retired in 2012 and moved back to the Cape Shore with Ida and two of his sons. They settled down in St Bride's, Ida’s childhood community. There Ted returned to his old ways of hunting and fishing the shore. He loved the outdoors and spent most of his time there. His friend Albert re-introduced him to fishing off the shore and he fell in love with it.
He loved playing cards and got pretty good at it. He was always very enthusiastic when he won especially. Ted lived a full life but will be sorely missed by all he touched.

Share Your Memory of
Brian (Teddy)
Upload Your Memory View All Memories
Be the first to upload a memory!
Share A Memory