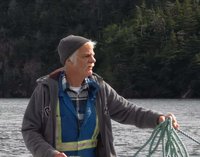 MULROONEY Alphonsus. It is with great sadness and the heaviest of hearts that we announce the sudden passing of Alphonsus Mulrooney on Saturday, June 27th, 2020 at age 67. Phonse was born in the small island community of Red Island where he spent his early years until he later resettled to Placentia as a teenager where he spent the rest of his life. Predeceased by his parents, William and Margaret Mulrooney, his daughter Mary-Margaret Mulrooney, his in-laws Tom and Mary Traverse and special nephew Lorne Pomeroy. He leaves to mourn his loving wife Roseanne, cherished son Michael (Chelsea), brothers Bill, Pius (Maxenne), Ray (Lilly) and Bernard (Pauline), loving sisters Mary (Brendan), Joan and Beth (Calvin), as well as many nieces, nephews and extended family. Phonse is also mourned by his many friends, especially his closest companions Calvin and Kurtis Kerravin, Derm Power, and his numerous fishing buddies that he loved to spend time with over the years on the wharf. Phonse was a kind loving man who found joy in helping others. There was no task too big or too small that he wouldn’t help others accomplish. He spent the majority of his life on the ocean, where he could be found fishing with his brother Pius, turr hunting with friends, or out jigging in one of the many boats that he built over the years. He loved completing DIY projects as well as spending time in the woods cutting wood for the wood stove. Most importantly he was an amazing husband and father who always put others before himself Due to the ongoing COVID-19 Public Health Emergency, a private family visitation and funeral service will take place. Interment to take place in Coombs Memorial Cemetery, Southeast.